It's easy to "decir la hora" (to tell time) in Spanish as long as you know your cardinal numbers and the third person singular and plural forms of the verb ser. Here you have how.

Regardless of which Spanish-speaking country you’re in, a conversation about time usually starts with ¿Qué hora es? (What time is it?) Here’s how you can tell someone what time it is in Spanish:

The following image shows all you need to know about how to express time in Spanish: 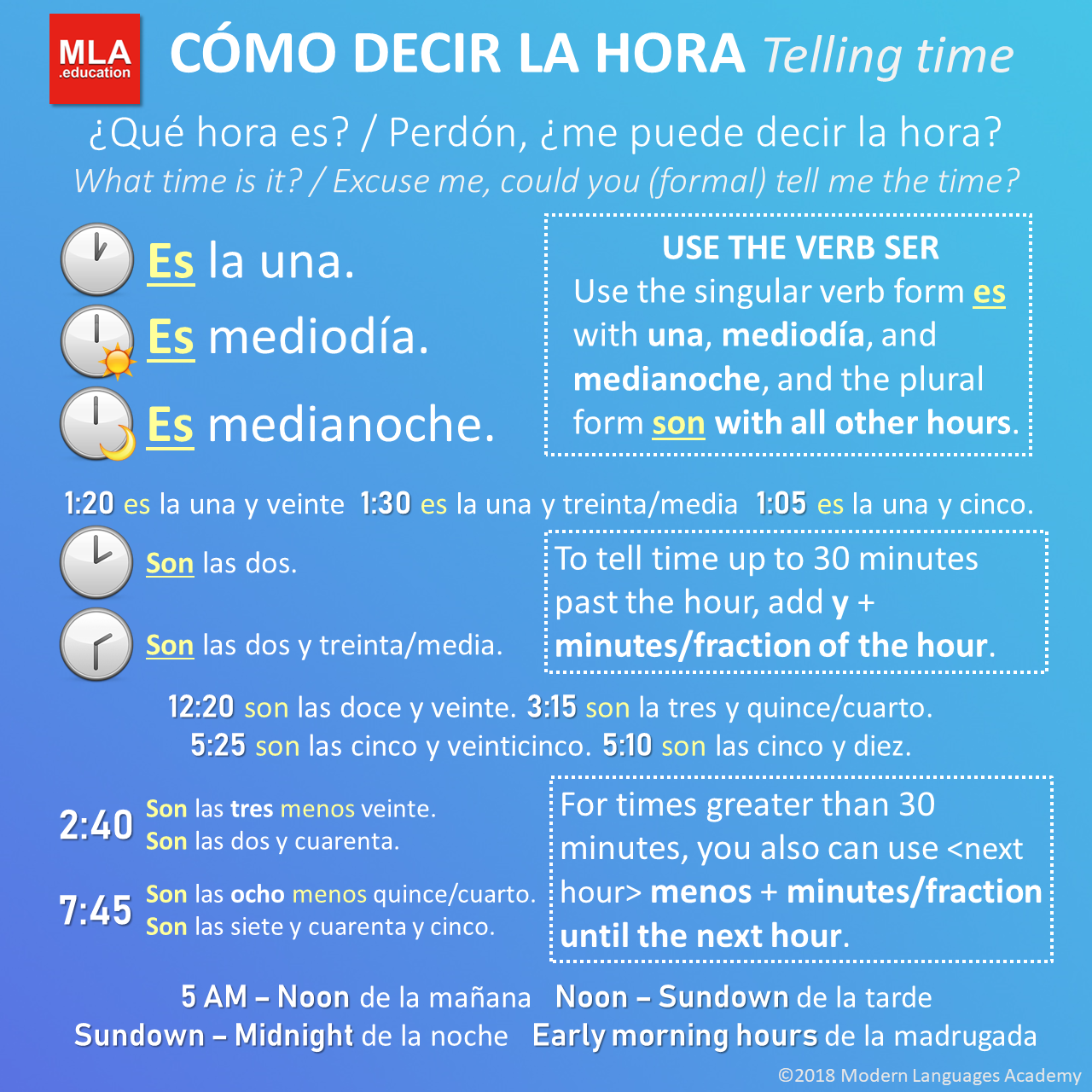 Here you have some writing and listening exercises to practice this topic: