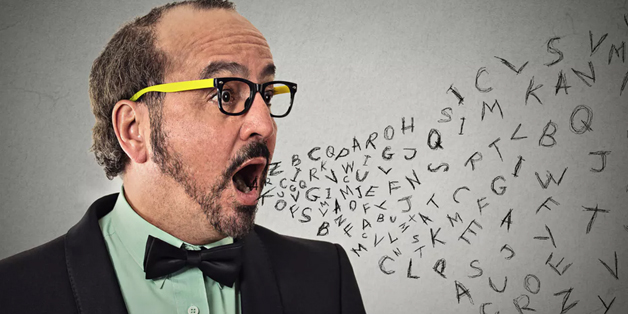 A new study on second language learning has recently taken the media by storm. A range of headlines – from the BBC to the Daily Mail and The Guardian – all trumpeted the depressing message that it’s impossible to become fluent in a foreign language after around age ten. All of these reports dramatically misrepresented the findings from the study, and the message they sent is flat-out wrong.

For one thing, the words “fluency” or “fluent” never even appear in the original study, published in the journal Cognition. There’s a good reason for this: fluency is not what the study’s authors, or any other scientists studying the effect of age in foreign language learning, are interested in.

To be fluent in another language means that you can communicate with relative ease, that is, without it being a real strain on either the speaker or the listener. The French president, Emmanuel Macron, is fluent in English, despite the fact that you can hear he is not a native speaker and that he may, on occasion, use the word “delicious” when he probably meant to say “delightful”.

Pretty much anyone can become fluent in pretty much any language at pretty much any age. It’s not even true that young children learn languages faster than older children or adults: if you expose different age groups to the same amount of instruction in a foreign language, the older ones invariably do better, both initially and in the long run. Learners of any age can achieve a brilliant, even native-like, command of the vocabulary of another language, including such challenging structures as idioms or proverbs.

The puzzling thing about older learners – something the authors of the new study also found – is that they seem to have more problems mastering some, but not all, grammatical phenomena.

A good example for this is the fact that, in English, most verbs have to have an “s” added to them in the third person singular: so it’s I/you/we/they walk but he/she walks. Many second language learners keep getting even such comparatively simple grammar rules wrong, even though they may have an amazing command of vocabulary. However, it seems that if you learn the language at a younger age, you have an easier time mastering the kinds of structures that older learners keep struggling with, and the same is true for acquiring a native-like accent.

Linguists remain divided on what the reason is for the difficulty many older speakers have at fully mastering these most elusive pockets of grammar. Some – including the authors of the Cognition study – subscribe to what’s called the “critical window” hypothesis. They suggest we have a special mechanism in our brain which specifically enables us to learn a language, and that this mechanism is “switched off” around puberty – the age at which most speakers have mastered their native language.

Other researchers argue that there is nothing language-specific about the slightly worse performance of older learners. Rather, they suggest it is down to those changes of circumstances which tend to happen as people get older, such as having less time to learn, a decline in our general ability to learn and our memory skills, and a more stable sense of identity.

No cut off at age ten

What is new about the Cognition study is that, by the usual standards of linguistic investigations, it uses a dataset of unprecedented size. Through an internet grammar quiz shared on social media, the authors collected almost 700,000 responses, two-thirds of them from people for whom English was a second language. This allowed them to model the relationship between age of learning and proficiency in more detail than had previously been possible.

They found that the accuracy of the responses on the grammar quiz declined sharply for learners who began studying English after the age of 17, a long way off the age of ten, which is the age most of media reports focused on.

This study is a novel one, and I predict that we’ll see many researchers in future making use of such tools and collecting much more data than we have previously been able to. It will doubtlessly inform and shape the scholarly discussion about whether there is or isn’t a critical period for language learning. But the claim that its findings suggest that after age ten you are too old to learn a foreign language fluently is one of the worst misrepresentations of a scientific outcome that I have ever seen.

Questions of how and why micro-features of grammar are learned in a second language have important implications for linguistic theory, but they are of little consequence to the actual learner. You can become a perfectly fluent speaker of a foreign language at any age, and small imperfections of grammar or accent often just add to the charm.

Learn a new language. Learn a new instrument. Pick up a new sport. Or don’t do any of these. But whatever you decide to do or not do, don’t blame your age.

Dr. Schmid, Monika. "You’re never too old to become fluent in a foreign language". The Conversation. May 10, 2018. Link.